"Where the Daisies Grow" January 2010 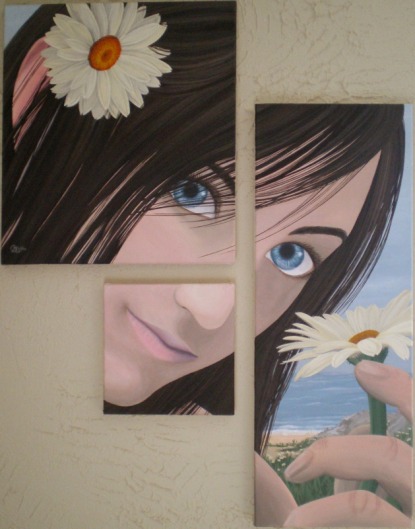 This is acrylic on three separate canvases.  They're designed to hang together as shown in the photo.  But they are also intended to maintain their integrity as three individual pieces hung separately, even in separate rooms or exhibits.
40" x 30" 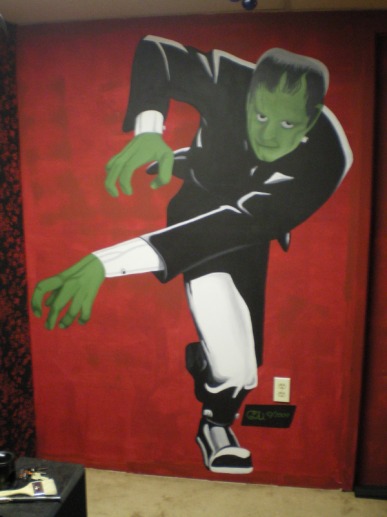 This commissioned piece was actually painted directly onto the drywall. 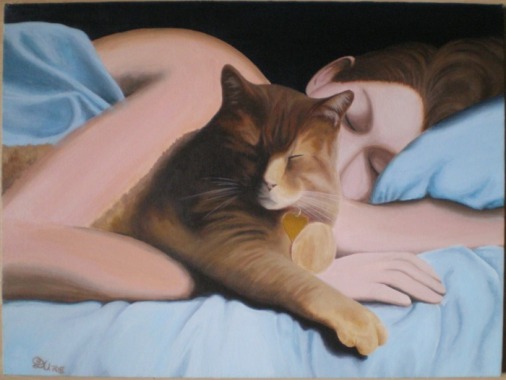 This is an experiment in the human and feline forms.  Up until this point, my primary focus was landscapes.  Hopefully, "Cat Nap" is the cornerstone of a new direction. 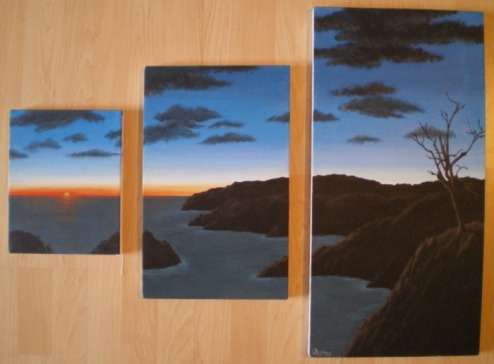 This landscape incorporates a three-panel layout.  My hope was to create three separate pieces that work together as one piece, but can also be broken up into separate works of art. 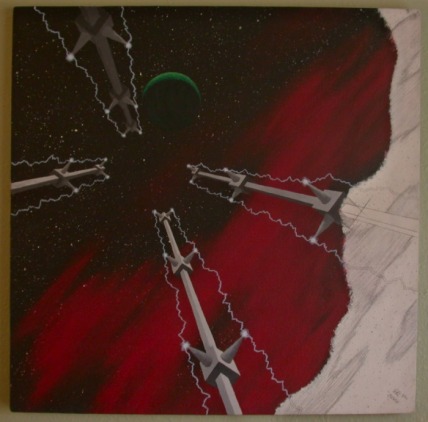 This was my first space-scape attempt named for the fictional planet that appears within.  To give it an abstract, imagined feel, I intentionally left the right edge of the canvas unfinished.  What you see instead is the original pencil sketch. 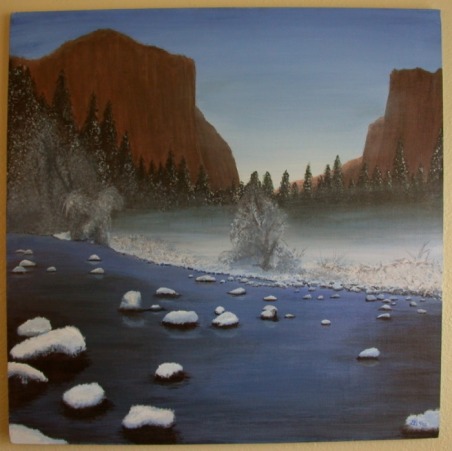 I painted this from a photograph in a high school art class.  It is one of my first landscapes.